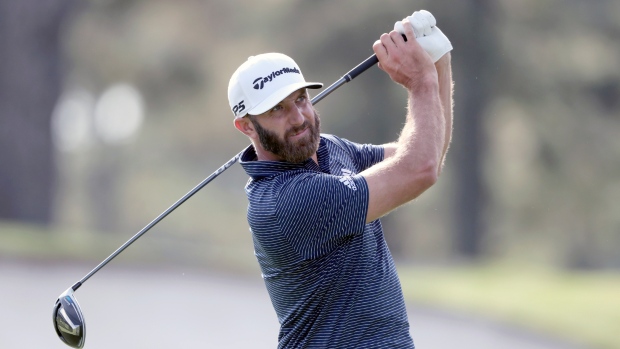 One week after Patrick Cantlay defeated Collin Morikawa in a playoff to the win the Memorial Tournament, the PGA Tour heads to Gillisonville, South Carolina, for the Palmetto Championship at the Congaree.

Unfortunate circumstances clouded Cantlay’s victory in Dublin, Ohio, as Jon Rahm led by six strokes upon completion of play on Saturday. He was then informed he had tested positive for COVID-19, forcing him to immediately withdraw from the event.

The Palmetto Championship is a brand new, one-off tournament replacing the RBC Canadian Open, which was scheduled to be held June 10-13 at St. George’s Golf and Country Club in Toronto. For the second straight year, our national championship could not be contested due to logistical issues regarding COVID-19.

This is the final tune-up for the U.S. Open at Torrey Pines in San Diego next week, with most players opting not to compete to either rest or attempt to qualify for the third major championship of the season.

The top two names on the board are titans, with Dustin Johnson attempting to work his way out of a funk and Brooks Koepka coming fresh off his tie for second showing at the PGA Championship.

They’re part of just six players in the top 30 of the world rankings teeing it up in Ridgeland, S.C.

This track, designed by famed golf course architect Tom Fazio, is a par-71 layout that can reach up to nearly 7,700 yards. Golf Digest named it the ‘best new private course’ of 2018.

With no course history to speak of, predicting a winner in such a diluted field becomes even more challenging.

There are four Canadians competing, each considered a long shot to lift the trophy come Sunday evening.

Nick Taylor, who has won two PGA Tour events, is considered to have the best chance in the eyes of oddsmakers at +10000.

David Hearn and Michael Gligic are both considered huge dark horses to defy the odds, as they enter the week at +35000 to emerge victorious.

Here's our first look at the field for the Palmetto Championship at Congaree.

Perhaps teeing it up so much has fatigued him a little of late, since he hasn’t quite been his solid self.

However, just three starts ago he was T-17 at the PGA Championship, so it’s not as if his game has completely fallen off.

The last seven tournaments he’s competed in, his worst opening round was a 71, and he’s shot 68 four times.

If that trend continues, he’ll be able to find himself in the mix early against a diluted field.

The 2020 Honda Classic champion is tops in birdies on the campaign, which bodes well for success at a track that hasn’t been played before, where course knowledge isn’t as much at a premium.

Of all the top players competing, you aren’t going to get much value on any of them since it’s a weak field, but at +1600 odds, he has better value than the top four players heading into the event.

Nine-time PGA Tour champion Brandt Snedeker had fallen on hard times from early 2020 until March of this year.

In that span, Snedeker didn’t post a single top-10 finish in 25 starts.

The best finishes were a T-4 at the Zurich Classic and a T-6 at the Valero Texas Open.

Given that the field isn’t particularly strong, Snedeker has a tremendous opportunity to win for the first time since the 2018 Wyndham Championship.

At +4500 odds, you can do a whole lot worse for a player who’s clearly playing very well the last couple of months.

When considering other less heralded options down the board, an intriguing name comes up in Doc Redman.

The 23-year-old has seemed to be on the cusp of stardom a few times, but he hasn’t been able to get over the finish line to claim his first PGA Tour title.

He’s been quietly solid lately, making the weekend in five of his last six starts.

He’s posted a pair of top-20 finishes, with a T-9 at the AT&T Byron Nelson his best result.

In the last couple of years, Redman has nearly picked up that maiden title, finishing runner-up at the 2019 Rocket Mortgage Classic, and in 2020 he’s had a couple of third-place finishes and a T-4.

While he may not be a household name yet, Redman looks the part and appears headed to becoming a regular force at the biggest stages.

His +7000 odds to win outright are very appealing, and a top-10 or 20 wager on him would still yield a solid return.