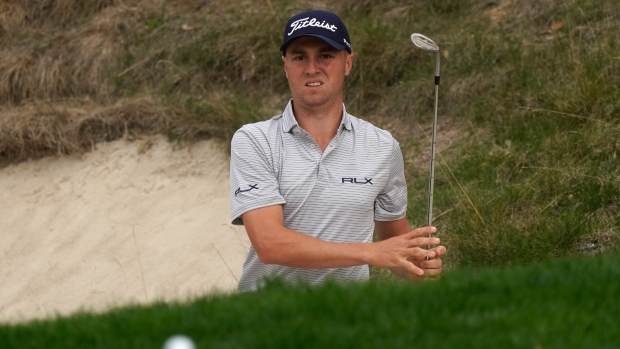 One week after we were all over the winning duo of Marc Leishman and Cameron Smith at the Zurich Classic of New Orleans, the PGA Tour heads to Palm Harbor, Fla., for the Valspar Championship.

The closing stretch from 15-17 is known as the ‘snake pit,’ requiring precision and accuracy to close out a strong round. A massive birdie fest rarely happens at this track, with six of the last seven champions shooting no better than 10-under-par for the week.

Close battles are expected at this tournament, with 11 of the last 13 champions winning via a playoff or by just one stroke. The other two instances resulted in slim two-shot margins.

Justin Thomas heads the list of competitors, and he’s one of just four players in the top-10 of the world rankings competing.

Dustin Johnson, Patrick Reed and Tyrrell Hatton are the other three competing.

There was no tournament last year because of COVID-19, meaning Paul Casey is the two-time defending champion.

There are a whopping seven Canadians teeing it up, with Corey Conners considered a strong +1800 contender to emerge victorious following a string of fantastic play.

Adam Hadwin, the 2017 Valspar Championship winner, has the next best chance of winning in the eyes of oddsmakers at +6600.

The remaining five Canadians are all considered long shots to lift the trophy come Sunday.

Here's our first look at the field for the Valspar Championship.

In his last five stroke play events, Corey Conners has done everything but win.

His tournament finishes during that time are as follows – third, seventh, T-14th, T-8th and a tie for fourth.

The 2019 Valero Texas Open champion is known as a ball striking savant, and he’s shown that this season as he’s sixth in greens in regulation and ninth in strokes gained tee-to-green.

In the previous couple of seasons he’s been let down by an extremely balky putter.

Though he’s still not upper echelon on the dance floor, he’s a respectable 68th in strokes gained putting after being 181st in each of the last two campaigns.

Over the course of the last 36 rounds this season, he’s first in total strokes gained, tee-to-green and ball striking.

His putting hasn’t let him down as much as it has in the past, as he ranks 32nd during that span.

In his only career appearance at the Valspar Championship, Conners held the 54-hole lead back in 2018, before a tough Sunday in his first real chance to win a PGA Tour event dropped him to a tie for 16th.

In a perfect world, his odds wouldn’t be as low as +1800, but you’re still getting more value than Justin Thomas and Dustin Johnson on a golfer who’s red-hot.

Before his middling 49th-place showing at the Masters, Jason Kokrak had put together three excellent stroke play events.

He was T-8th at the Arnold Palmer Invitational and had a pair of T-9’s at the Players Championship and the WGC-Workday Championship.

Kokrak very nearly walked away with the title the last time this tournament was contested in 2019, falling short by just a single stroke en route to a T-2 behind champion Paul Casey.

In the last 24 rounds at this venue, Kokrak, who was born in North Bay, Ont., but competes as an American, is first in strokes gained tee-to-green.

After waiting for his breakthrough victory, he got it earlier this season at the CJ Cup at Shadow Creek.

Given his previous record around the Copperhead Course, Kokrak might walk away with his second title of the campaign.

Justin Rose has returned to form following injuries and an equipment change.

At the Masters, he blitzed the field in the first round, shooting a scintillating 7-under-65 to take an early four-stroke edge.

He ended up finishing seventh that week, and last time out was T-11th pairing with Henrik Stenson at the Zurich Classic of New Orleans.

In the last 24 rounds at this championship, he’s first in total strokes gained and second in SG: tee-to-green.

Not only has he had two straight solid events, he also was tied for second at the European Tour’s Saudi International just five starts ago.

He might not get the accolades or command as much interest, but at +4000 odds Rose is a golfer that should be on your radar this week.