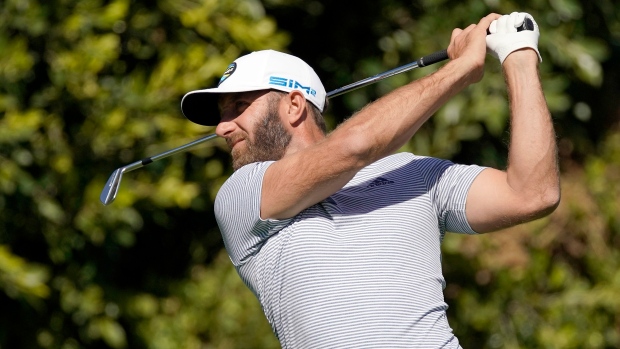 One week after Max Homa won a thrilling playoff over Tony Finau at Riviera, the world’s best converge on The Concession Golf Club in Bradenton, Florida.

This is the first World-Golf Championships event of 2021, which usually takes place in Mexico.

COVID-19 concerns led the tour to opt to start the first of a four-week swing in Florida instead of Mexico for the WGC-Workday Championship at The Concession Golf Club.

There’s an absolutely loaded field competing this week, with 48 of the top 50 players in the world teeing it up, with Paul Casey and an injured Tiger Woods the exceptions.

This will have an exclusive 72-man field as opposed to the typical 156, and there’s no cut for the tournament.

World No. 1 Dustin Johnson, who has won four of his last nine worldwide events, is the heavy favourite to come out on top over Jon Rahm.

Though there hasn’t been a PGA Tour event contested here in the past, Bryson DeChambeau did win the 2015 NCAA Championship at this track.

Mackenzie Hughes is the lone Canadian to qualify, and he’s considered a +15000 long shot to win his second career PGA Tour title.

Here’s our first look at the field for the WGC-Workday Championship at The Concession.

DJ with rare off Sunday at Genesis Invitational

Heading into last Sunday’s final round in a tie for second place, it was something of a surprise that Dustin Johnson failed to secure a victory.

After having won four of his previous eight worldwide events, this seemed to indicate that he’d make another run at the title, having previously won it in 2017.

DJ uncharacteristically shot a 1-over 72, the first time since the previous year’s Genesis Invitational that he shot over par in a final round of a PGA Tour event.

Despite playing dominant golf, he will be in tough to win his 25th event in his storied career simply because of the depth of competition he’ll be up against.

There’s no clear reason to not wager on him this week, other than the fact that his odds are miniscule against a stacked field.

In the last 50 rounds on tour, DJ is first in total strokes gained, ball striking, tee-to-green, and second in SG: approaching the green.

If you look deeply enough you can nitpick a little in how he’s done the last 24 rounds on Bermuda grass, which is what The Concession Golf Club has.

In that span, DJ is only 26th in total strokes gained, 20th tee-to-green, 33rd in short game and 34th in SG: approaching the green.

Given that, and the stiff competition he’s up against, his +550 odds aren’t super appealing, but bet against him at your peril.

DeChambeau has won at this course

When looking to find value for this tournament, look no further than the ‘Mad Scientist,’ Bryson DeChambeau.

With most players being unfamiliar with this venue, why not select a player who already won on it, albeit at the collegiate level?

He’s coming off a surprising missed cut at Riviera, but had solid T-7 and T-18 results in 2021 prior to that.

With his prodigious length off the tee, he’s shown an ability to take over a golf course at will, and has had success on the course.

It’s somewhat surprising that seven other golfers have shorter odds to win outright than DeChambeau’s +2000, so you’re getting him at excellent value compared to the top names on the board.

Past Five Winners of Genesis Invitational

*All victories were not at The Concession Golf Club

One young gun who’s taken his game to the next level is 22-year-old Chilean Joaquin Niemann.

His first two events of 2021 resulted in a playoff loss at the Sentry Tournament of Champions and then a T-2 showing at the Sony Open.

Last week he was in contention through two days before a rough Saturday in brutal conditions at Riviera, snapping a stretch of 10 straight rounds in the 60’s.

He’s been around for the weekend in 11 straight tournaments, picking up four top-10’s.

Twenty-eight of his last 32 rounds this season have resulted in a round of 70 or better (fourth in scoring average).

At +4000, he sports excellent value for a stud in the making as he gets more comfortable to tour life.

Keeping with the theme of rising stars, 21-year-old Matthew Wolff started the season on fire, finishing runner-up to Bryson DeChambeau at the U.S. Open and then doing so again at the Shriners Hospitals for Children Open, losing in a playoff.

Since those two fantastic finishes, Wolff has hit a significant lull, posting nothing better than a T-36 in the last seven times teeing it up.

Consistency hasn’t been his strongest suit in the early part of his career, but you don’t finish T-4 and second in back-to-back majors like he did in 2020 without having tons of game.

Based on talent alone, his +10000 odds to win outright seem disproportionately high for a player of his calibre, especially given the limited field.

While he hasn’t done much in recent weeks to inspire a quick turnaround, these odds can’t be ignored for a player completely capable of taking the event as a long shot.