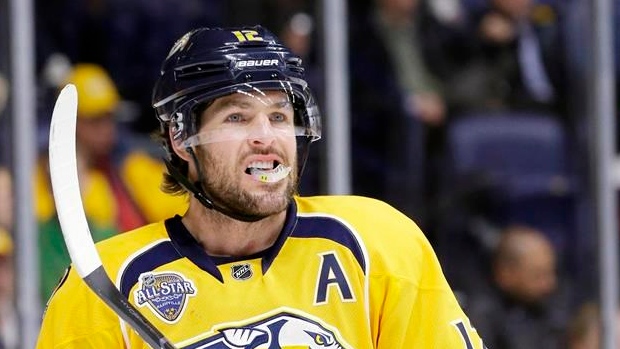 Hockey Canada is continuing to search for answers regarding the 2018 Winter Olympics in Pyeongchang.

After GM Sean Burke confirmed on Wednesday that they had reached out to unsigned NHLers Shane Doan and Jarome Iginla, another name was added to that list – Mike Fisher.

Scott Salmond, Hockey Canada’s vice-president of hockey operations, joined TSN 1040 in Vancouver Thursday afternoon and revealed that Fisher has been contacted as well.

“As Hockey Canada we have tremendous respect for all of those players,” said Salmond. “There’s no question that their leadership and their experience could be invaluable to our team.”

Fisher is coming off a two-year, $8.8 million deal he signed prior to the 2015-16 season. While Fisher is unsigned at the moment, Nashville Predators' general manager David Poile said earlier this week that he plans to meet with Fisher soon to discuss his future.

Commissioner Gary Bettman announced in April that the NHL would not suspend the regular season so players could play for their Olympic teams like it has done in years past.

No current NHL free agents were named to either of Canada’s rosters for their upcoming pre-Olympic tournaments.