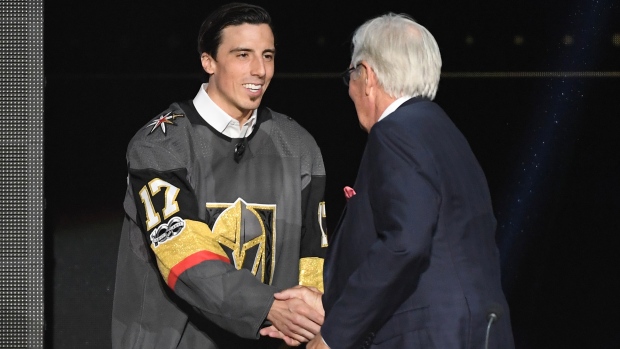 Neal had 23 goals and 18 assists last season for the Nashville Predators, who lost to the Pittsburgh Penguins in their first-ever Stanley Cup final.

The 29-year-old from Whitby, Ont., has 238 goals and 213 assists in 632 career NHL games over nine seasons split between Nashville, Pittsburgh and the Dallas Stars.

Fleury was the No. 1 overall pick in the 2003 NHL draft. He won three Stanley Cups with the Penguins.

Goalie Calvin Pickard was the first selection in the expansion draft. He had a 2.98 goals-against average with a .904 save percentage for the Colorado Avalanche last season.

All of the Golden Knights' selections were announced during the NHL awards show.

Ottawa defenceman Marc Methot was also lost to the expansion and will be joined on the Golden Knights' blue line by Griffin Reinhart (Edmonton) and Alexi Emelin (Montreal).

Here is a list of draft picks acquired by Golden Knights: