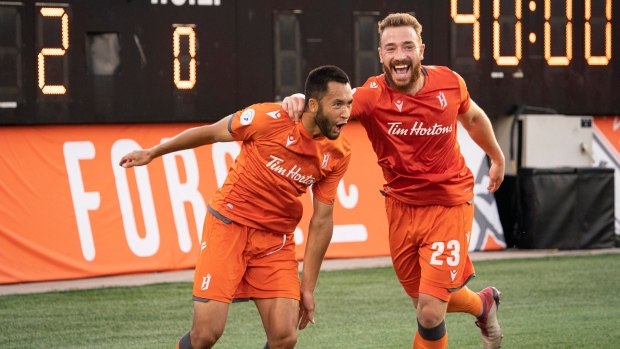 HAMILTON — David Choiniere has given Forge FC the early edge in their CONCACAF League preliminary-round matchup against Antigua GFC.

Choiniere scored the go-ahead goal in the 91st minute on Thursday as Forge FC of the Canadian Premiere League beat Antigua GFC 2-1 in the first meeting of their two-leg set.

Edgar Rodriguez opened the scoring in the 33rd minute for Antigua GFC only for Daniel Krutzen to tie it early in the second half.

The second leg goes Aug. 8 in Guatemala. The winner moves on to face Honduran club Olimpio in Round of 16.