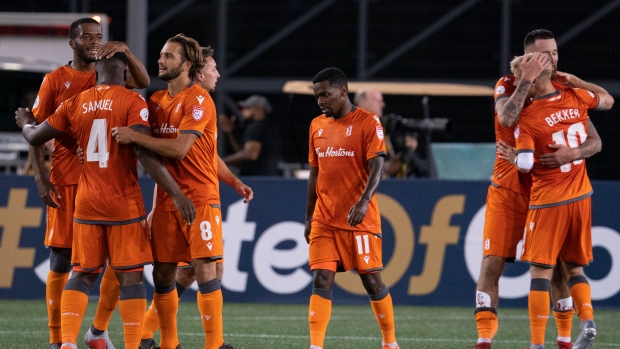 Hamilton-based soccer club Forge FC downed Club Deportivo Olimpia 1-0 on Thursday in the first leg of their CONCACAF League Round of 16 matchup.

The Canadian Premier League team got a goal from Chris Nanco just four minutes into the match at Tim Hortons Field, and goalkeeper Triston Henry did the rest of the work to keep the Honduran club off the scoreboard.

Henry, who preserved the cleansheet and a one-goal lead in the 22nd minute when he stopped Ever Alvarado's penalty attempt, finished with seven saves.

Forge FC takes on Olimpia in the second-leg on Aug. 29 in Honduras.

The winner of the two-legged set moves on to the CONCACAF quarterfinals.

Forge FC has a 10-4-2 record in the inaugural CPL season.