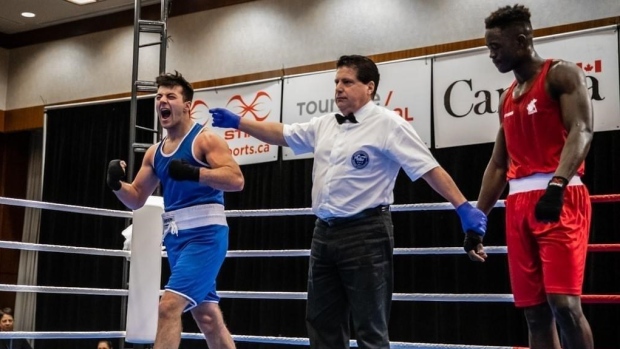 The 19-year-old middleweight from Barrie, Ont., has signed with Toronto-based Lee Baxter Promotions and is expected to make his pro debut early this year.

“The plan was to be Olympic champion. But I found out that like a lot of sports, amateur boxing had a lot of politics in it," Zawadi said in a statement. "I lost a decision in the Olympic trials that I didn't think I lost and that my team didn't think I lost. So after that we were like, 'OK, we have the tools to go pro, I'm more mature now, now's the right time to go pro.'

“You're getting punched in the head. Your body takes a lot of damage. You can only do it for so many years without making money, you've got to get paid for your craft.”

Zawadi, 31-6-0 as an amateur, lost to light-heavyweight John-Michael Bianco at the Olympic trials in Montreal in December 2019.

“I first saw Moe knock out a 27-year old when he was still just 16 as an amateur, and I knew I was looking at something special,” said Baxter. “I jokingly asked him if he wanted to turn pro that day, but in the back of my head, I was kind of serious."

"With his charisma, the way he carries himself, he could be the next Canadian boxing superstar,” he added.

This report by The Canadian Press was first published Jan. 29, 2021