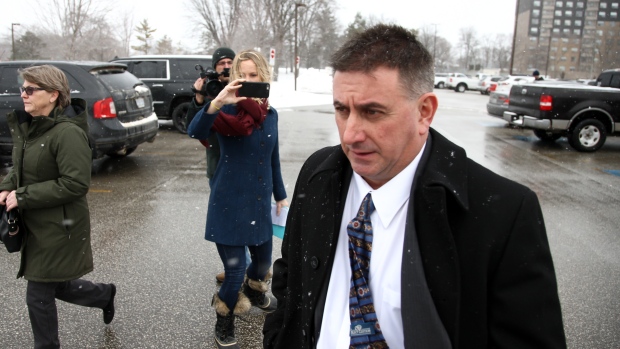 During his criminal trial in Sarnia, a former gymnast testified that Brubaker sexually assaulted her repeatedly when she was a teenager. The judge in that trial declared the investigating police officer in the case was too close to the alleged victim to conduct an impartial investigation and Brubaker was found not guilty.

Even so, his Gymnastics Canada suspension was extended, and an internal investigation began after multiple formal written complaints were filed with the organization.

Dave’s wife, Liz, who also coached with him at Sarnia’s Bluewater Gymnastics Club, was provisionally suspended on Jan. 18, 2019, following a series of complaints. She will remain suspended until Jan. 18, 2024, Gymnastics Canada said Friday.

Following that investigation, a discipline panel made up of a gymnastics expert and two lawyers heard evidence during a hearing that took place from Sept. 3-17, 2020.

“The discipline panel for this case, chaired by Mr. Daniel Ratushny, held that Dave and Liz Brubaker did breach the relevant organizational Code of Ethics and Conduct policies that were in effect during the time frame when the events occurred (1996-2017),” Gymnastics Canada said in Friday’s release.

The panel’s decision was shared with the Brubakers and the complainants a week ago.

“On behalf of Gymnastics Canada, I want to thank the Panel for their detailed and diligent work to prepare their decision, and I want to express my gratitude to the athlete complainants for their cooperation, patience, and bravery throughout this very arduous process,” Gymnastics Canada chief executive Ian Moss wrote in a statement. “Gymnastics Canada will provide more details surrounding this investigation once the appeal process is complete.”

Gymnastics Canada said the Brubakers have 15 days to appeal the decision, potentially to the Sport Dispute Resolution Centre of Canada.

Patrick Ducharme, a criminal lawyer who represented Brubaker during his trial in Sarnia, couldn’t be reached to comment.