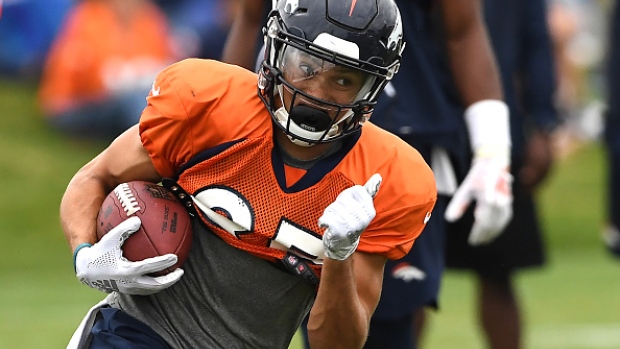 Mark Chapman, the former No. 1 pick of the CFL Draft one season ago by the Hamilton Tiger-Cats, has "no interest in football" according to TSN's Dave Naylor.

I’m told that receiver Mark Chapman, the no.1 pick of the CFL Draft one year by @Ticats , and who spent last summer with the @Broncos, has “no interest in football.” #CFL

The wide receiver never played a game with the Ticats and signed with the Denver Broncos in late July of last year, but was cut from the team on Aug. 31.

The 23-year-old signed with the Salt Lake Stallions of the upstart Alliance of American Football League earlier this year, but never showed up to the team and the league eventually folded.

Chapman played college ball with the Michigan Chippewas and had 59 receptions for 875 yards in his senior year.