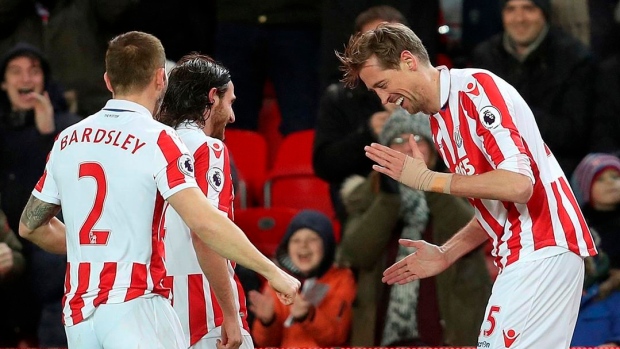 Peter Crouch does the robot , The Canadian Press

Robocrouch will dance no more.

Former England striker Peter Crouch has announced his retirement from football at the age of 38 and 21 seasons as a pro.

After a lot of deliberation this summer I have decided to retire from football !
Our wonderful game has given me everything.
I’m so thankful to everyone who helped me get there and to help me stay there for so long. X

After a lot of deliberation this summer, I have decided to retire from football," Crouch tweeted on Friday morning. "One wonderful game has given me everything."

Crouch spent last season split between Championship side Stoke City and Burnley where he made six appearances in the Premier League.

A native of Macclesfield, the lanky striker came up through the Tottenham Hotspur academy and made his senior debut for the club in 1998.

He would go on to play 599 league games with Spurs, QPR, Portsmouth, Aston Villa, Norwich, Southampton, Liverpool, Stoke and Burnley.

Beloved for his exuberant celebrations, Crouch embraced his massive 6'7 frame and did the robot as his signature dance following a goal.

Internationally, Crouch was capped 42 times by the Three Lions, scoring 22 times. He appeared at two World Cups for England.