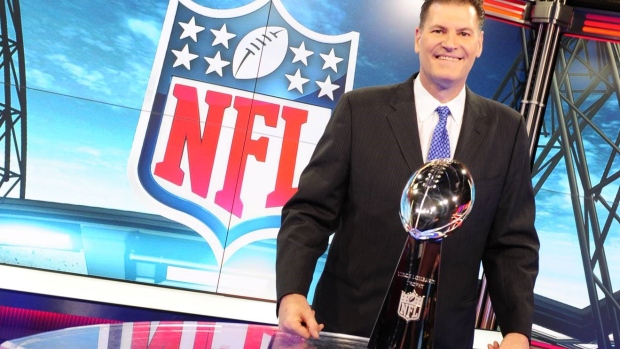 Chris Schultz, who played in both the NFL and CFL and eventually became a popular television football analyst, died on Thursday at the age of 61.

The native of Burlington, Ont., played left tackle for the Dallas Cowboys from 1983-86 and then nine seasons with the Toronto Argonauts, winning a Grey Cup in 1991.

He was a two-time CFL all-star and was selected to the Argos' all-time team in 2007.

A larger-than-life personality both on and off the field.

A great player, broadcaster, friend, and ambassador for the game.

“Chris Schultz was made to play football, or football was made for Chris Schultz. Either way it was a symbiotic relationship,” former teammate and current Argonauts GM Michael 'Pinball' Clemons said in a statement. “At 6’7”, 310 or so muscled pounds, he was tenacious, prepared and dominant! His vigorous preparation both mentally and physically honored his profession. It would probably be fair to say, that football was his first love. He played for America’s team, and Canada’s team, we can argue about the latter of the two tomorrow, but not today. His passion reverberated on radio, television, coaching kids, or walking the dog. He was always willing to talk football! His friends, family and teammates were all in his locker room, where loyalty abounds. My good friend John Candy and I spoke highly of Schultzy often. I’m disappointed because he had more to give, and my fervent hope is, he knew how much he was loved. I’m extending a warm virtual hug to the Argonaut and CFL family today.”

"He had a football career so big it included both Canada’s Grey Cup and America’s Team. But most of all, my teammate and friend had a big heart. It was oversized even for his frame.

"It was so clearly on display in his tireless work on behalf of Purolator Tackle Hunger. When he spoke publicly about working at and with food banks, and what it meant to him and to families in need, Chris’ sincerity and empathy moved everyone. Those moments not only made the program stronger. They made everyone who experienced them want to be better, to be more like Chris.

"His passing leaves a giant-sized hole in the CFL Family. Let’s resolve to fill it the way Chris filled his time with us: with passion, positivity and kindness. Let’s all resolve to be bigger people for having known, and loved, the Big Man."

When his playing career ended he turned his attention to working in television and became a mainstay on CFL on TSN broadcasts on The Sports Network. He hosted "Risky Business", making weekly NFL picks, and was part of TSN's Grey Cup and Super Bowl coverage for many years.

Schultz was also known as a passionate spokesperson as part of the Purolator Tackle Hunger program, dedicated to supporting local food banks across Canada.

Schultz was inducted into the Ontario Sports Hall of Fame in 2016.

I’m devastated to learn that our friend Chris Schultz died of a heart attack yesterday.
He was 61.
Schultzy was larger than life in so many ways...
CFL and NFL.
He played in both.
He covered both.
He loved both.
His life was a football life.
One I’ll never forget.
RIP Big Man pic.twitter.com/CJmggtdBCt

Am terribly saddened to learn of the passing of my friend and former TSN colleague Chris Schultz, due to a heart attack March 4. He was as large a presence off the field as on it, in every sense. One of the hardest-working broadcaster I’ve ever known. RIP Big Man.

I can’t begin to tell you how many laughs I shared with these guys covering the #CFL The Big Man at the end of the desk was our true anchor for 12 years. I will miss you buddy. RIP Schultzy. pic.twitter.com/ggCmQkfEDM

Heartbroken to hear of the passing of Chris Schultz; a Canadian football star and one of the CFL’s most passionate voices. He excelled on both sides of the border, and on TV and radio. A Cowboy, an Argo, a homegrown legend. We’ll miss him.

Chris was a wonderful man. Loyal, caring, gregarious. We spent a lot of time together at Super Bowls and checked in regularly after he left TSN. I will miss you my friend. #RIPSchultzy @CFLonTSN https://t.co/ItCE2s1OAS

💔 I met Chris Schultz back when I was a game-day intern for the Argos. Treated me with the same dignity and respect backthen as he did when I got to TSN. Incredibly kind and funny. Thoughts and prayers are with his family during this time https://t.co/pvjOVH1FNx

Working Friday nights at TSN was always fun because of the chance encounters with the Big Man, Schultzy. Man, what a week. https://t.co/40Aqfake9f

RIP Schultzy
Chris was a gentle giant with a crushing handshake you always had to prepare for.
His smile and laughter brought immediate joy to those around him.
He loved football — playing, talking and broadcasting it.
RIP Risky Biz https://t.co/MqVHrC8KuU

Heartbroken to learn of the passing of my longtime pal Chris Schultz. He was a terrific football player, a terrific television commentator with a curious mind and a big heart. Condolences to all who knew him and to those who knew him from watching on TV.

Just crushing. Had so many great conversations with him over the years. Was always so positive and complimentary of others. Such a presence to have around. Really sad news. https://t.co/EGly4SAWgZ

More sad news: Chris Schultz was a big bear of a man but so funny, warm and welcoming, a beloved member of @TSN_Sports family. It was always a blast to spend time with him when football and hockey panels would switch up at the Studio 6 desk. We sat in the same far-right end seat. https://t.co/rXd9ikSdAX

In our years working together on the CFLonTSN, I always felt like Schultzy watched out for me the way a big brother would. I’m heartbroken to hear this news #RIPSchultzy https://t.co/bxTIccG2an

Got to work with Schultzy on NFL coverage for a bunch of years. Wasn’t a Sunday that he didn’t bring me to tears in laughter with his larger than life personality. His preparation and love for the game was infectious. Will miss you big fella. Thoughts and prayers 🙏🏽 https://t.co/xZJBOO2KbX

Mike O'Shea has issued the following statement on the passing of legendary player and broadcaster Chris Schultz. pic.twitter.com/eDTugmSUXq

A legend of our game, and for a generation of fans, the voice of it as well.

Our deepest condolences to the friends and family of Chris Schultz. https://t.co/FARWDlXHPo

Our sincerest condolences to the family and friends of longtime TSN broadcaster, and unwavering ambassador for our game, Chris Schultz.

The proud Burlingtonian will be sorely missed by everyone in the CFL community and beyond.

The Alouettes are saddened by the sudden passing of Chris Schultz. Our most sincere condolences to his family members and close ones. We lost a member of our CFL family. Thank you for having been an important part of our League and for all your contributions. You will be missed.