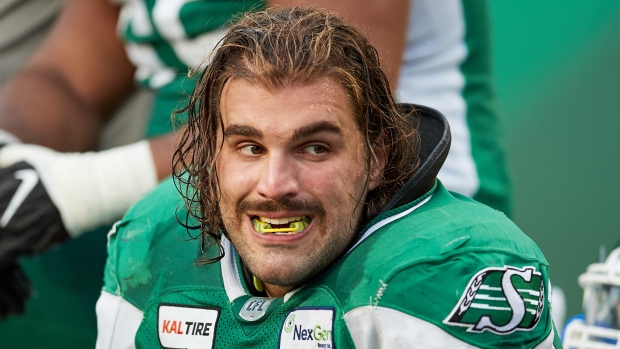 The Windsor native appeared in all 18 regular season games for the Roughriders in 2019 and they retain his rights through the 2022 season, should he return to the CFL.

Dakoda now has a week to make the #49ers main roster, their practice roster, or if not his #CFL rights are still held by the #Riders through 2022. He beat out 3 other OL who were former #NFL draft picks in Friday’s workout for this contract. Still some work to do. @CFLonTSN

The Roughriders 2019 nominee for Most Outstanding Rookie opted out of his contract on Tuesday to pursue an opportunity in the NFL.

The 25-year-old was selected in the first round, 5th overall of the 2018 CFL Draft by the Roughriders.

.Shepley played in three preseason games with the New York Jets in 2018.