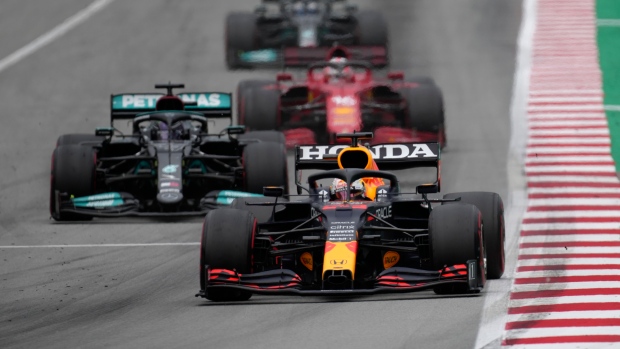 Sprint qualifying appears to be here to stay in Formula One.

Formula One CEO Stefano Domenicali told Sky Sports on Monday the circuit is looking to have sprint qualifying at one-third its proposed record 23 races in 2022.

The qualifying format has been tested at the British and Italian Grands Prix so far this season and will be used at the Brazilian Grand Prix in November.

"We said at the beginning of the year there would be three tests this year to make sure we have the right plan for the future," Domenicali said.

"The vast majority of the comments we received were super positive. Promoters are super happy because there is something new and important on Friday and Saturday and Sunday.

"We are receiving this positive feedback therefore we need to know next year we have a great plan where we will consider also the points highlighted by people who did not like this format. Generally speaking it has been an incredible success.

"I can say we will not go everywhere with the Sprint quali format. It is something we want to keep for one third of the races more or less and to connect with a certain different way of giving rewards and points and to connect with specific circuits that as you know would make the difference.

"So there is a lot of food for thought. We will involve all the stakeholders: broadcasters, drivers, teams, promoters and fans. We won't forget our role is to take the right decision and to consider all the points and points of view of everyone."

Domenicali also revealed Monday the 2022 schedule, which will be officially revealed on Oct. 15, will start in mid-March and finish in November.