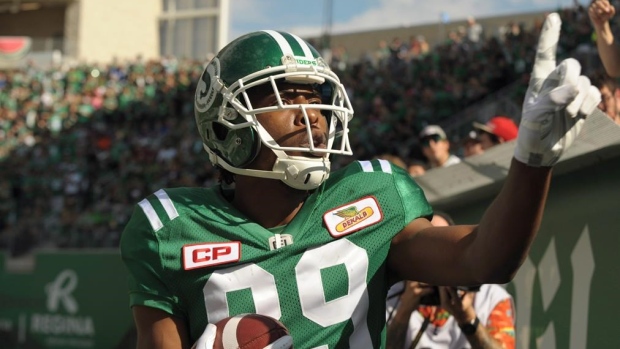 Four teams have reached out to recently released wide receiver/defensive back Duron Carter, according to TSN's Farhan Lalji: the Montreal Alouettes, Toronto Argonauts, Hamilton Tiger-Cats, and BC Lions.

I’m told #Alouettes #Argos #BCLions #TiCats have all reached out to Duron Carter. Some have made contract offers. I don’t expect the other 4 teams to reach out. Carter hopes to make a decision in the next couple of days. @CFLonTSN @cfl @TSN_Sports @TSN1040

Lalji added that some teams have already made contract offers to the CFL All-Star and he doesn't expect the other four teams to reach out.

Carter hopes to make a decision in the next couple days, according to Lalji.

Carter was released by the Saskatchewan Roughriders Saturday. After earning an All-Star nod at receiver last season, Carter had eight receptions for 111 yards and a touchdown but played predominately defensive back to help fill in for injuries at the position.

In 18 games on offence last year, Carter finished with 73 receptions for 1,043 yards and eight touchdowns.