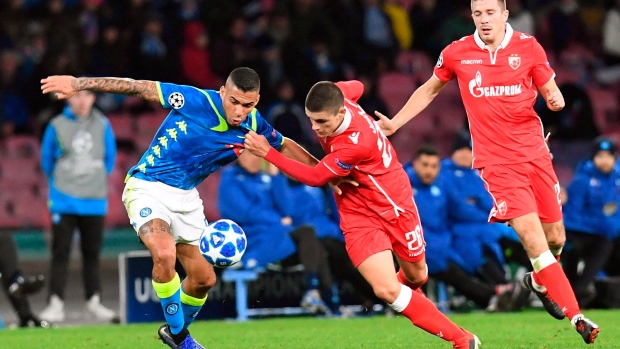 FRANKFURT — Eintracht Frankfurt is hoping for more of the same after signing another Serbian forward, Dejan Joveljic, to replace the Real Madrid-bound Luka Jovic.

The Bundesliga club says the 19-year-old Joveljic has signed a five-year deal after joining from Red Star Belgrade, where the now 21-year-old Jovic also made his senior breakthrough before joining Benfica.

Jovic, who scored 17 Bundesliga goals and 10 more in the Europa League for Frankfurt last season, joined Madrid on June 4 for a reported 60 million euros ($67.5 million) with a bonus of 5 million euros ($5.6 million).

Joveljic scored eight goals in 17 games in his breakout season at Red Star and is joining Frankfurt for a reported 4 million euros ($4.5 million).

Frankfurt chairman Fredi Bobic says: "He's still young and will have to learn, but we're very optimistic that he'll settle in with us very quickly here in Frankfurt."

Joveljic is in the Serbia squad for the Under-21 European Championship in Italy this month.