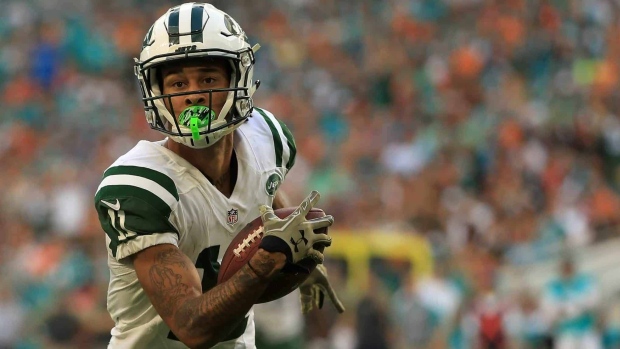 A person familiar with the situation says the deal is worth $20 million. The person spoke to The Associated Press on March 24 under condition of anonymity because the team doesn't normally release financial terms of contracts.

The 26-year-old Anderson finished with 52 catches for 779 yards and five touchdowns last season for the Jets. He joins a young — and crowded — Panthers receiving corps that now includes nine wideouts, five of which have signed this off-season as free agents.

Anderson is expected to battle for the No. 2 spot with last year's starter Curtis Samuel. D.J. Moore, a 2018 first-round draft pick, was the team's leading receiver last season with 87 catches for 1,175 yards and four TDs and is expected to be the other starter.

Anderson is the fourth former Temple player to rejoin coach Matt Rhule in Carolina. Rhule coached the Owls from 2013-16.

Anderson made the Jets in 2016 as an undrafted rookie and established himself as a productive and promising receiver, although he lacked consistency at times. The 6-foot-3, 190-pound Anderson has never had more than 63 catches or posted a 1,000-yard season, but showed marked improvement late last year particularly with contested balls — something that had been a knock on the thin receiver while matching up against bigger and more physical defensive backs.

Anderson made 207 catches for 3,059 yards and 20 touchdowns during his four seasons with the Jets.