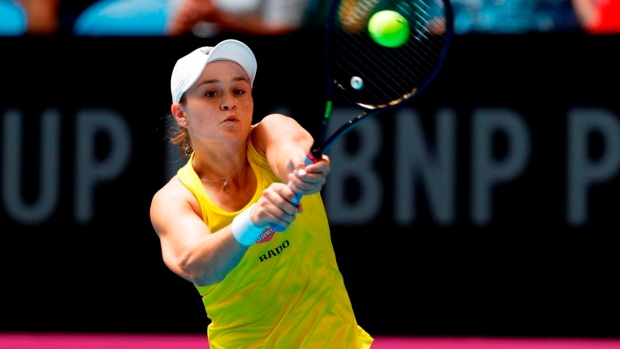 The 19-year-old from Mississauga, Ont., won three WTA tournaments this past season — including her first Grand Slam title at the US Open — and rose from No. 152 to her current No. 5 in the world rankings.

Australia's Ash Barty was named WTA Player of the year. She finished the season at No. 1 in the singles rankings and won her first major crown at the French Open.

Barty won a total of four tournaments and was the only woman to reach the second week at all four major championships this season. She also led the tour with 57 match wins.

Her coach, Craig Tyzzer, was honoured as WTA Coach of the Year.

Other winners of voting by media members included Sofia Kenin as most improved player, Belinda Bencic as comeback player and Timea Babos and Kristina Mladenovic as doubles team of the year.