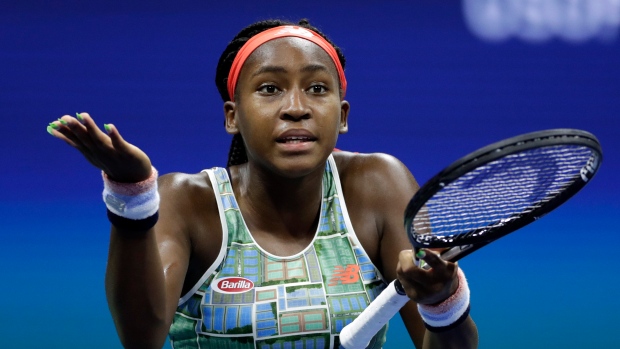 Eighth-seeded Anna Blinkova of Russia beat the American 15-year-old 6-4, 6-0 in their first-round match. Gauff won just eight points in the second set and Blinkova clinched the victory with a forehand winner to set up a second-round meeting with Tatjana Maria.

Gauff became the youngest player to win a WTA tournament since 2004 when she beat 2017 French Open champion Jelena Ostapenko in the final in Linz on Sunday.

"I know she's a great player and I knew she was coming off a WTA tournament win, so I was well prepared," Blinkova said.