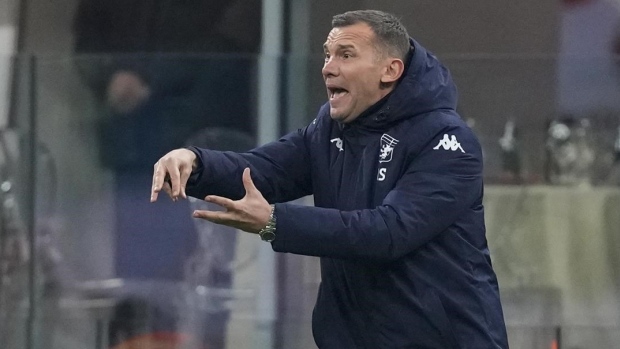 Shevchenko won just one of his 11 matches in charge, leaving Genoa in penultimate place in the Serie A standings, five points from safety.

The 45-year-old Shevchenko had signed a contract until June 2024.

His last match in charge proved to be in the Italian Cup at Milan, where Genoa lost 3-1 after extra time on Thursday.

Genoa said that under-17 coach Abdoulay Konko will take charge as the interim coach until a permanent appointment is made.

Shevchenko quit his only previous coaching position, in charge of Ukraine, in August. He steered the national team to the European Championship quarterfinals for the first time in its history before being eliminated by England.

Genoa is the oldest soccer club in Italy but won the last of its nine Italian league titles in 1924. It has often found itself fighting relegation in recent years and has also become infamous for changing coaches several times per season.

It was the sixth coaching change in Serie A this season.