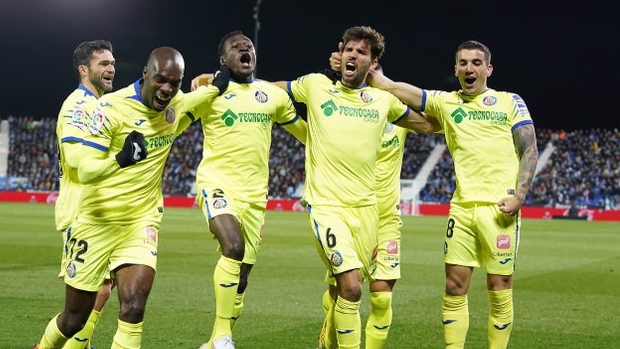 José Bordalás’ Getafe rose to fifth in the Spanish league ahead of the rest of the 20th round.

Getafe defender Leandro Cabrera headed in a cross from Damián Suárez to open the scoring in the 12th minute.

Allan-Roméo Nyom added a second goal from another header in the 21st before forward Jorge Molino set up strike partner Jaime Mata to put the result beyond doubt in the 33rd.

Leganés goalkeeper Iván Cuéllar saved his side from an even bigger defeat when he rushed back and cleared a deflected shot by Mata from his line in the final minutes.

Javier Aguirre’s side was playing its first match since the club sold striker Youssef En-Nesyri to Sevilla.

Leganés generated nothing going forward in a match that turned testy in the second half. The referee booked eight players in the game.

Leganés' Rubén Pérez was sent off in second-half injury time with a direct red card for shoving a Getafe player to the ground with play stopped following a foul.

Getafe rebounded from its most embarrassing loss of the season last weekend when it was stunned by third-tier Badalona 2-0 in the Copa del Rey. It had also lost its last two Spanish league games.

“We knew that, besides being a derby, Leganés plays very intensely at home and that we had to match their intensity,” Mata said. “We found our scoring touch early. To get the win after three losses in a row is important.”