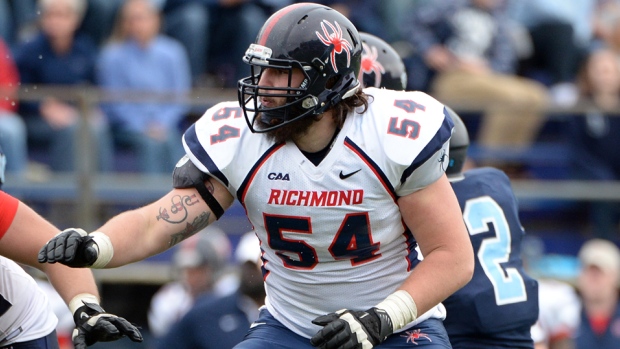 The New York Giants hope they found themselves a gem in Canadian offensive tackle Jacob Ruby out of Richmond as they invited him to the team's mini-camp.

The hulking native of London, Ontario started all 13 games for the Spiders in 2014, his senior year.

A redshirt, Ruby was a starter in all four seasons of active competition for the Colonial Athletic Association school.

The Spiders finished last season at 9-5 and 5-3 in the conference. They finished third in the division, 2.5 games behind champions New Hampshire.

A slew of other Canadian players were invited to NFL mini-camps as well, mostly by the Giants.