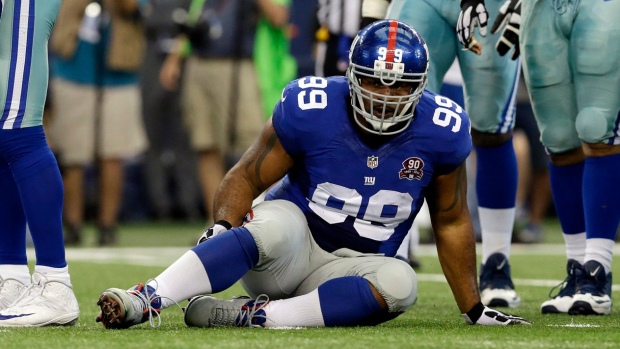 ARLINGTON, Texas - Giants defensive starters Cullen Jenkins and Jon Beason are out of New York's game against the Dallas Cowboys because of injuries sustained in the first half.

The Giants said after halftime that both players were out for the rest of the game. X-rays on Beason's toe were negative.