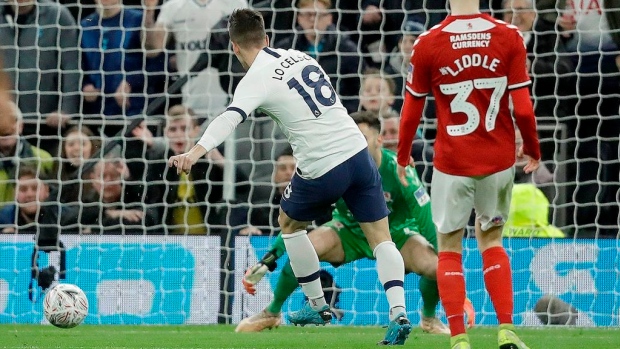 LONDON — Tottenham took up the option to sign Giovani Lo Celso on a permanent basis Tuesday, with the Argentina midfielder regarded as a natural replacement for the departed Christian Eriksen.

The 23-year-old Lo Celso initially joined from Spanish team Real Betis in a loan deal in the off-season. After a slow start to his time at Tottenham, particularly because of a hip injury, he has started to show glimpses of his potential.

Lo Celso joined Tottenham until 2025 for a reported fee of 27.2 million pounds ($35 million). The London club would have had to pay slightly more to make Lo Celso's deal permanent at the end of the season, which was obligatory if its finishes in the top four of the Premier League.

Tottenham is in sixth place, six points behind fourth-place Chelsea.

At the same time as Lo Celso's permanent signing was announced by Tottenham, the club said Eriksen was leaving to join Inter Milan after 6 1/2 seasons.