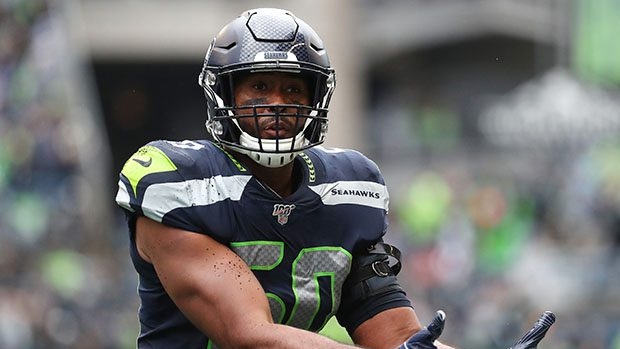 In an interview with KJR-AM in Seattle on Thursday night, Schneider said it was not a serious surgery and Wright is currently rehabilitating following the procedure. Schneider declined to discuss further details.

Wright, who will turn 31 in July, has spent his entire career with the Seahawks after being a fourth-round pick in 2011. Wright has started every regular-season game he's played since the end of the 2011 season. He signed a two-year extension before the start of last season. Last year, Wright started every game of the regular season and playoffs and finished the regular season with a career-high 132 total tackles.

“He’s rehabbing from his surgery. I’m not sure of the timeline on when he’s going to be back. Hopefully he makes it back on time and we’ll see how it goes," Schneider said. "It’s just a weird off-season, I mean for everybody, but especially for guys that have had off-season surgery. K.J., hopefully his name is up on the wall some day. He’s an amazing person and an amazing player. That’s why we did our deal with him last year.”

The surgery for Wright may help explain why Seattle unexpectedly went with a linebacker in the first round of last week's draft, selecting Jordyn Brooks out of Texas Tech at No. 27 overall. Linebacker was not seen as a priority for Seattle heading into the draft.

Wright, who will turn 31 in July, has spent his entire career with the Seahawks after being a fourth-round pick in 2011. He signed a two-year extension before the start of last season.

Schneider also indicated that running back Rashaad Penny could end up starting the season on the physically unable to perform list. Penny suffered a torn ACL last December. But Schneider said Penny's status was not the reason the Seahawks drafted running back DeeJay Dallas in the fourth round last week.

“He's doing great, but it was a late season injury and it's going to be hard for him to make it at the 53-man (cut),” Schneider said.