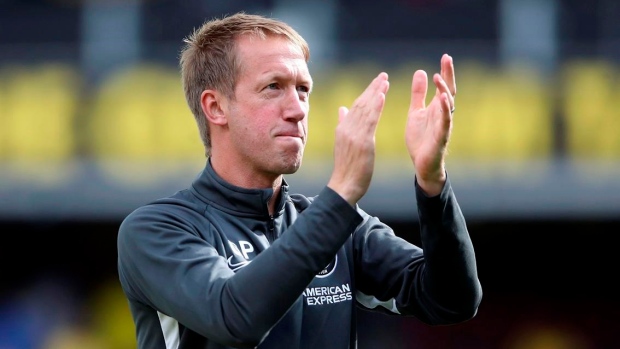 In the 64th minute, Potter sent on two forwards — new signing Neal Maupay and Romanian striker Florin Andone — with Brighton leading 1-0. Both went on to score.

Andone scored a minute after coming on after being set up by Davy Propper, and French striker Maupay, who joined from Championship side Brentford for a reported $24 million last week, scored on his debut after being sent through by Lewis Dunk in the 77th.

Brighton's Australian goalkeeper Mat Ryan saved Craig Dawson's attempt to pull one back on his Watford debut. Watford's other new signings Ismaila Sarr and Danny Welbeck both missed the game at Vicarage Road.