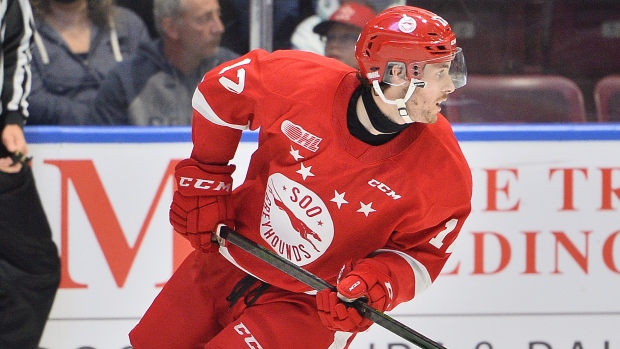 SAULT STE. MARIE, Ont. — Tye Kartye and Kalvyn Watson each scored twice as the Soo Greyhounds finished off the Guelph Storm in Game 5 of their first-round OHL playoff series with a crushing 6-0 victory Saturday.

Greyhounds goalie Samuel Ivanov stopped all 23 shots he faced to earn the shutout.

Jacob Oster made 28 saves for the Storm in defeat.

Soo now await the winner of the Windsor-Sarnia series.

The Sting beat the Spitfires 3-2 in overtime Saturday to force a Game 6.

Elsewhere around the OHL playoffs, the Oshawa Generals topped the Kingston Frontenacs 3-1 to force a Game 6 in their series and the Mississauga Steelheads took a 3-2 series lead over the Barrie Colts with a 4-1 win.