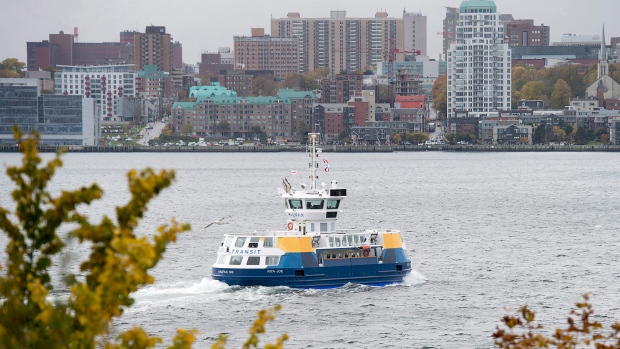 Maritime Football Ltd., the group hoping to establish a Canadian Football League expansion franchise in Halifax, hopes to build a 24,000-seat multi-use stadium at Shannon Park, a site located in the north end area of Dartmouth on the eastern shore of Halifax Harbour.

The stadium, which would cost $170 million to $190 million and wouldn’t be ready before 2021, would be constructed and maintained with both the provincial and municipal government as funding partners.

That information is contained in a document titled “CFL Stadium Proposal Update and Staff Direction” that was posted on the Halifax Regional Municipality’s website Friday morning in advance of the Oct. 30 regional council meeting where a series of recommendations will be presented to council by staff.

Those recommendations include completing a thorough business case analysis on the proposal for a stadium and stadium district development, engaging with the province for permission to contribute financially to a stadium through tax incremental financing or other means, engaging with the prospective owners and the province on potential sources of revenue to finance the stadium, and asking for a final recommendation to proceed or not proceed as a funding partner in a new stadium.

If approved by council next Tuesday, it’s expected to take at least three months for a final report and recommendation to be completed.

Shannon Park, one of six sites that were under consideration, is a 95-acre site that was used by the Department of Defence for housing from the early 1950s until 2003. Eighty-five acres of the site are owned by Canada Lands Company (CLC). The prospective team owners are in negotiations with the CLC to purchase a 20-acre segment that would house the stadium, parking and some commercial development.

Shannon Park was previously considered as a stadium site as part of a bid for the 2014 Commonwealth Games and the 2015 Women’s Soccer World Cup, neither of which came to fruition.

Maritime Football Ltd., founded by businessmen Anthony LeBlanc, Bruce Bowser and Gary Drummond, presented their vision to the CFL in the fall of 2017 and are in the final stages of negotiating with the league for a conditional expansion franchise.

The more challenging part of the equation has always been construction of a stadium.

The report states that, “It is expected that the [municipality’s] contribution to a stadium would include being a funding partner on the capital cost to construct the stadium as well as possibly being a contributor to ongoing capital repairs and maintenance.”

Some of that funding could come from tax increment funding, where any incremental tax revenues within the stadium district could be directed for development or capital financing.

The report says debt financing on the stadium is expected to be $9 million to $10 million annually.

The report also states stadium financing requires the province to become a funding partner, recognizing that the Nova Scotia Premier Stephen McNeil has stated that this would require new sources of revenue, and can’t be drawn from existing ones. It mentions specifically the possibility of an increase to the hotel marketing levy tax or the development of a car rental tax.

If council votes to move forward with the business case study and negotiations with the province, Maritime Football Ltd. is expected to start a season-ticket campaign in November