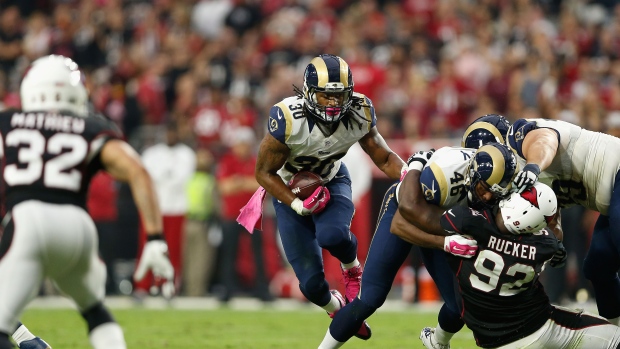 GLENDALE, Ariz. - Todd Gurley rushed for all but two of 146 yards in the second half and the St. Louis Rams held on to hand the Arizona Cardinals their first loss of the season, 24-22 on Sunday.

Gurley, the Rams' first-round draft pick, saw his most extensive action as a pro and his 52-yard run set up what proved to be the winning touchdown.

Nick Foles threw for three touchdowns, two after Arizona turnovers, and St. Louis' defence held the Cardinals (3-1) to field goals on four of five trips inside the red zone.

Arizona had a third-and-2 at the Rams 43 in the final minutes, but Carson Palmer overthrew receivers on consecutive plays to turn the ball over on downs.