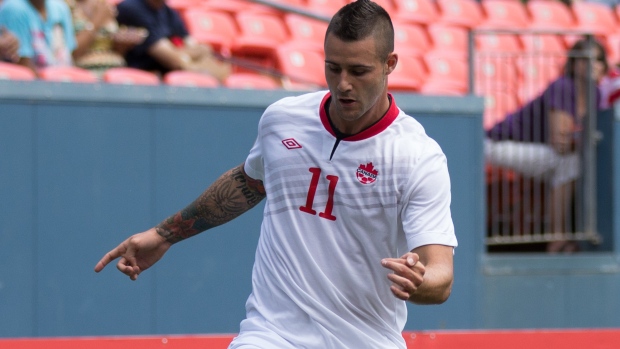 FT. LAUDERDALE, Fla. - Marcus Haber's first-half goal was all that was needed as Canada defeated Guatemala 1-0 on Friday in an international friendly.

Haber's second goal for Canada at the senior level came as he headed in a Kyle Bekker corner kick in the 11th minute on a day when creativity was hampered with gusting winds.

"It was a very good game for us because the wind favoured us in the first half and the players really didn't know how to handle that," said head coach Benito Floro. "So we got the goal on a corner kick but we didn't play well except for only 10 minutes in the first half. In the second half, when we were going into the wind, I think the team played very well."

The victory was Canada's first of 2015 and came at the right time as the team prepares for upcoming World Cup qualifiers and the CONCACAF Gold Cup.

"We're getting up to the real thing with the Gold Cup and World Cup qualifiers so it's important we get some results and everyone's happy for sure," said Haber.

"This gives us confidence. We feel good as a team and we've got good depth and players that can contribute all over the park."