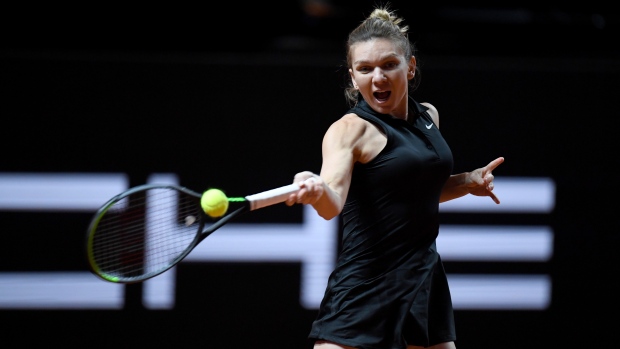 STUTTGART, Germany — Simona Halep returned from injury to start her clay-court season with a 6-1, 6-3 win over Marketa Vondrousova on Thursday to reach the quarterfinals of the Porsche Grand Prix.

The third-ranked Romanian was back on court for the first time since a shoulder injury forced her out of the Miami Open last month, and in only her second match since her straight-sets loss to Serena Williams in the Australian Open quarterfinals in February.

There was no sign of rust as Halep wrapped up her win over Vondrousova in less than an hour without facing a single break point. Halep plays either Ekaterina Alexandrova in the quarterfinals after the Russian upset eighth-seeded Belinda Bencic 6-1, 7-5.

Elina Svitolina came through a tougher test as she beat three-time Grand Slam champion Angelique Kerber 7-6 (4), 6-3. Svitolina was 3-1 down in the tiebreaker before winning six of the next seven points, and didn't face a break point in the second set. The fourth-seeded Ukrainian will face Petra Kvitova in the quarters.