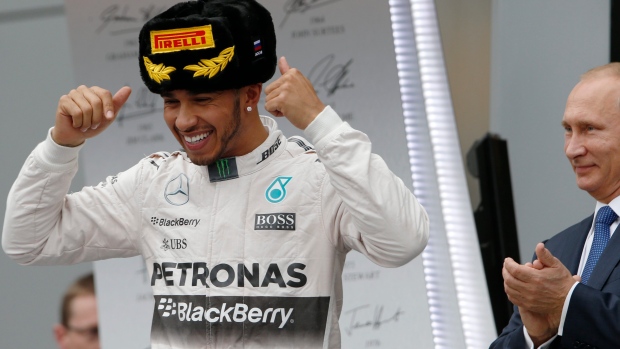 SOCHI, Russia - Lewis Hamilton took a huge step toward retaining his Formula One title by winning the Russian Grand Prix on Sunday as his main rival Nico Rosberg failed to finish.

Hamilton started second behind Rosberg and took over the lead from his Mercedes teammate when Rosberg suffered a throttle problem that forced him to slow to a crawl and then come into the pits to retire.

Hamilton then cruised to victory by 5.9 seconds over Ferrari's Sebastian Vettel, with Sergio Perez third for Force India, 17 seconds further behind.

With four races to go, Hamilton leads Vettel by 66 points and Rosberg by 73.