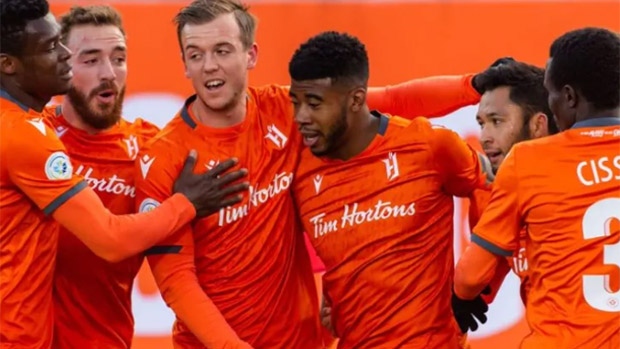 Hamilton Forge FC hosts Guatemala's Antigua GFC in Leg 1 of their CONCACAF League preliminary round tie, which can be seen live tonight on TSN.ca at 5:57pm et/2:57pm pt.

Forge FC earned its spot in the tournament by beating out FC Edmonton and Valour FC in a CPL Spring season mini-table, making it the first time ever that a Canadian Premier League club will enter a continental competition.

Forger FC sits atop the CPL table in the Fall competition, with a 3-1-1 record and undefeated in their last four.

Antigua has just started its 2019 season and are headlined by Mexican international Edgar Pacheco and former Canada U-17 (and Montreal Impact academy player) Marco Dominguez.

Last week, they lost 4-2 to Guastatoya on aggregate at the Guatemalan Champions Cup.

Forge and Antigua will meet again in Guatemala for the second leg of the preliminary round tie on August 8, with the winner going through to the CONCACAF League round of 16.