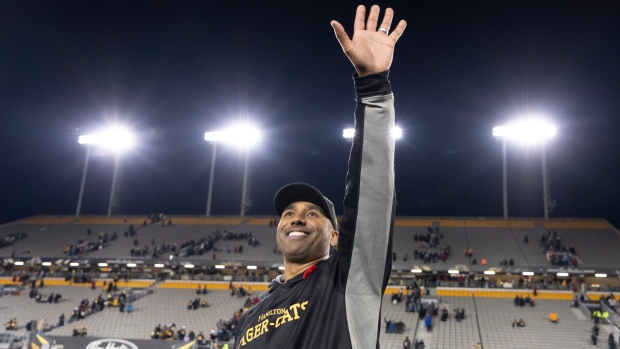 Hamilton Tiger-Cats head coach Orlondo Steinauer will have a familiar staff for the next CFL season.

The Ticats announced their 2021 coaching staff Friday, and seven of Steinauer's assistants from the 2019 season are set to return.

Mike Gibson, who joined the Ticats in 2020, was named offensive line coach.

Steinauer won the Annis Stukus Trophy as CFL coach of the year in 2109 after leading Hamilton to a league-best 15-3 regular-season record in his rookie season as a head coach.

The Ticats advanced to the Grey Cup, where they were defeated 33-12 by the Winnipeg Blue Bombers.

The 2020 CFL season was cancelled due to COVID-19 restrictions. The league is planning to return this year.