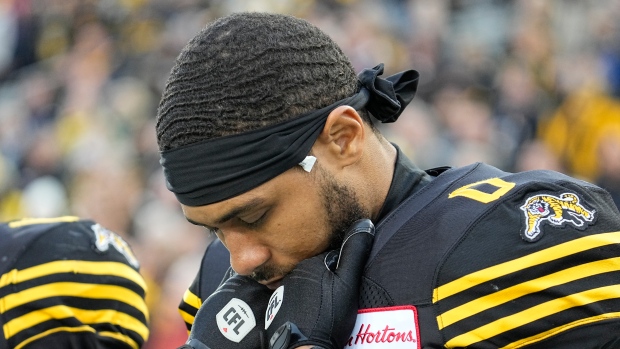 He transferred to South Carolina for his final college season, running for 672 yards on 124 carries with five TDs while adding 17 catches for 87 yards and a touchdown.

Feaster spent time in the NFL with the Jacksonville Jaguars, New York Giants and Detroit Lions before appearing in three games last season with the Arizona Cardinals.

The Redblacks also signed Laval defensive back Edris Jean-Alphonse and Albany State kicker Gabriel Ballinas. Those players were selected by Ottawa in the second and third rounds, respectively, of the CFL's '22 global draft.