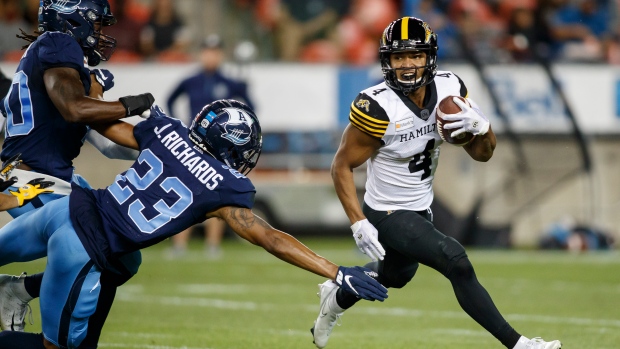 Big play Papi is back!

The 25-year-old appeared in five regular-season games with the Ticats in 2021, registering 11 catches for 105 yards and one touchdown. He also added 13 carries for 43 yards.

The Seminole, Oklahoma native played in three playoff games in 2021 returning five kickoffs for 105 yards and 12 punts for 187 yards, including a 92-yard punt return touchdown against the the Toronto Argonauts in the Eastern Final.