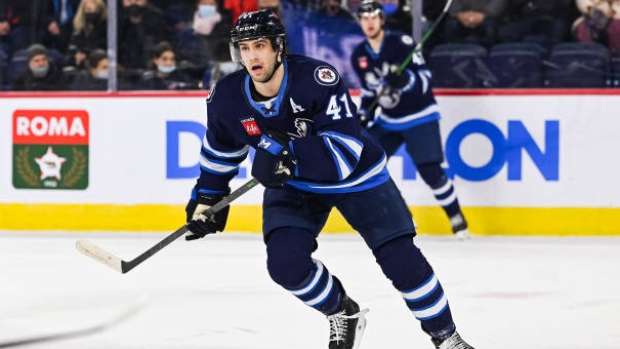 CEDAR PARK, Texas — Haralds Egle scored with one second left on the clock in the third period to give the Manitoba Moose a 5-4 victory over the Texas Stars in the American Hockey League Saturday.

Todd Burgess, Luke Johnson, Isaac Johnson and Cole Maier also found the back of the net for Manitoba (17-9-2), which defeated Texas for the second time in as many days. Evan Cormier made 21 saves.

Anthony Louis scored a hat trick, and Josh Melnick scored the other goal for the division-worst Stars (8-12-4). Anton Khudobin stopped 28-of-33 shots in defeat.

Manitoba went 1 for 5 on the power play while Texas was 2 for 3. The Stars also added a short-handed goal.

The Moose defeated Texas 4-1 on Friday.