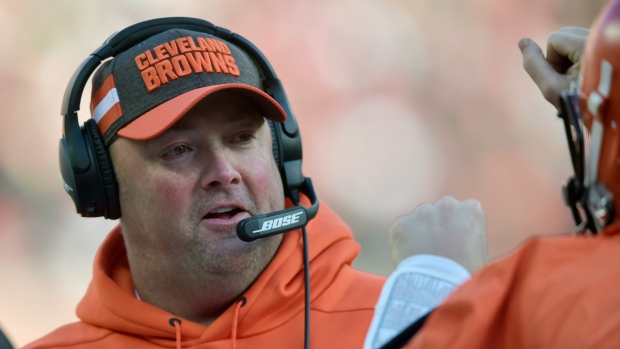 Freddie Kitchens is not panicking.

The Cleveland Browns head coach said on Monday that there are no plans for the first-year coach to cede playcalling duties to offensive coordinator Todd Monken in wake of the offence misfiring in Sunday night's 20-13 loss to the Los Angeles Rams.

Among Kitchens' more questionable decisions during the game was running a draw play on a 4th and 9 at the Rams' 40 with just under 10 minutes to play in the fourth. The eventual hand-off from quarterback Baker Mayfield to running back Nick Chubb resulted in a paltry two-yard gain and a turnover on downs.

Kitchens said that the current plan is to stay the course.

"That’s not even being considered,'' he said of giving up his duties to Cleveland.com's Mary Kay Cabot.

Through three weeks, the Browns sit 25th in total points, 23rd in yards per game and tied for first in penalties.

"We're going to be fine," Kitchens said. "I promise you that."

The 1-2 Browns are next in action on Sunday when they travel to take on AFC North rivals the Baltimore Ravens (2-1).