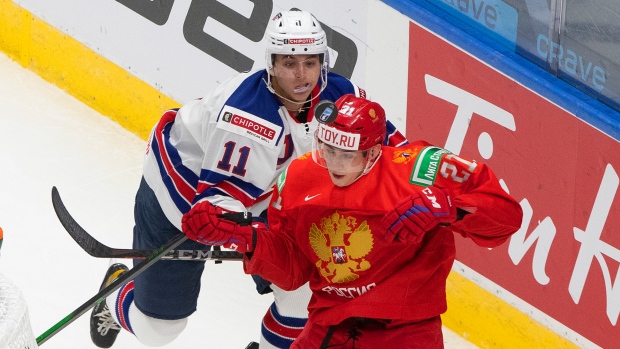 While the leaders have separated themselves in Group 'A', the same can't be said for 'Group' B as it remains a three-team race at the top. Team Sweden has a game in hand and looks to take advantage of their spot on top as the 2021 IIHF World Junior Hockey Championship continues inside the bubble in Edmonton.

Finland has jumped out to a 2-0-0-0 record through their first pair of games. They were the first team to play against a short-staffed Team Germany squad and came out it with a 5-3 victory. They followed that up with a 4-1 win over Team Switzerland, outshooting their opponents 43-14. Much like it was for Team Canada earlier in the tournament, Team Slovakia should represent Finland's toughest test yet. Defenceman Topi Niemela has stood out for the Finns, leading their team in scoring with a goal and three assists.

This game is to stay in the tournament. Fresh off a 4-3 overtime win against Slovakia, Team Germany will need to keep the scoring touch going to advance to the next round. Ottawa Senators prospect Tim Stuetzle will be the one to watch for the Germans. He had two goals and an assist in the victory. Team Switzerland dropped a 10-0 result to Team Canada on Tuesday but rested starting goaltender Thibault Fatton, who has a .933 save percentage in his two starts.

Sweden is the only remaining team undefeated in Group 'B' after winning both of their preliminary matches thus far. But Sweden, Team USA and Team Russia all have six points. Russia could move into the top spot in the group with a win. Forward Noel Gunler has three goals in two games for Sweden. Defenceman Victor Soderstrom has been impressive, adding four assists.