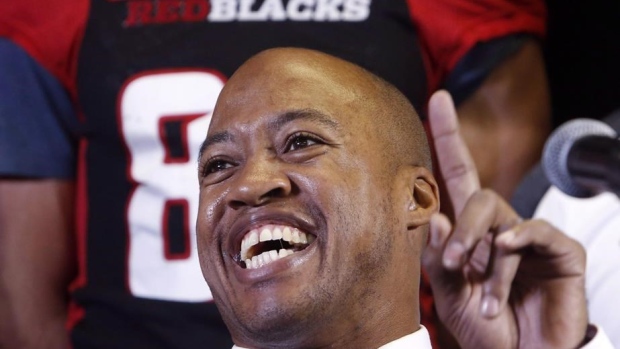 VANCOUVER — Henry Burris is no longer an offensive consultant with the B.C. Lions — after just 10 days on the job.

Lions co-general manager and head coach Rick Campbell said that the team won't stand in Burris's way and wish him the best of luck.

Burris returned to the CFL on March 15 after spending two seasons on the coaching staff of the NFL's Chicago Bears.

He served as a seasonal coaching assistant in 2020 before being named offensive quality control coach last year.

When Burris joined B.C. less than two weeks ago, he said he entertained coaching offers on both sides of the border but his familiarity with Campbell played a major role in his decision.

Campbell served as head coach of the Ottawa Redblacks from 2014-19 before joining the Lions in 2020.

Burris was Campbell's quarterback when the Redblacks won the Grey Cup in 2016.

Burris finished his career with 63,227 passing yards (third-most all-time) and 374 TDs (third overall). He was inducted into the Canadian Football Hall of Fame in 2020.

This report by The Canadian Press was first published March 25, 2022.