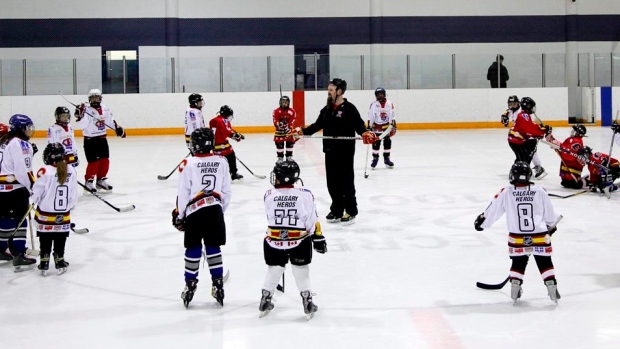 Hockey Canada is establishing an equity, diversity and inclusion task team that will develop an incident-tracking system that will allow it to begin tracking reported incidents of racism, bullying and harassment, the organization said in a statement to TSN.

The national governing body for grassroots hockey in Canada said it would also establish a new requirement in its registration database to help identify racialized participation in Hockey Canada programs, which may begin in the 2021-22 season.

"While we have never specifically tracked incidents of verbal taunts, insults or intimidation based on race, recent events have indicated a need to do more, and we will do more," Hockey Canada spokeswoman Esther Madziya wrote in an emailed statement to TSN.

"This includes immediately taking the steps to develop an incident-tracking system that will allow Hockey Canada and our members to track reported incidents of racism, bullying and harassment."

Hockey Canada disclosed its plans in response to questions from TSN about the Greater Toronto Hockey League, the largest minor hockey league in the world with more than 40,000 registered players.

The GTHL refuses to disclose the number of racism-related incidents that occur during its games, despite a call from several current and former NHL players to do so.

In an interview broadcast on May 23, 16-year-old GTHL player Myles Douglas told TSN In Depth that he was the target of racist insults in at least half of his team’s games this season.

While other minor hockey organizations disclose these penalties, GTHL executive director Scott Oakman wrote in a series of emailed statements to TSN that the league will not publicize how often penalties are called for discriminatory slurs. Oakman wrote that publishing that data, even with non-identifying information, may damage the reputation of the vast majority of the GTHL's players "whose good sportsmanship is beyond question."

Madziya also said Hockey Canada plans to enhance diversity within its board of directors following elections in the fall of 2020. All 10 members of the current board are white males.

Madziya did not respond to a request for information about the degree to which the information Hockey Canada collects on racist slurs would be made public. She also did not answer an email asking how long Hockey Canada has been working on its plans to track data and establish a task force.

USA Hockey, the governing body for organized hockey in the U.S., began collecting data on racism and discrimination on the ice last year, spokesman Dave Fischer said in an interview.

During the 2019-20 season, USA Hockey’s member organizations documented 47 match penalties for racial slurs on the ice and 196 for slurs regarding sexual orientation. USA Hockey has 34 affiliate members across the country, Fischer said.

Several Canadian provincial hockey organizations said that they collect data on the number of penalties called for racist slurs but were directed by Hockey Canada not to share that information with the media.

"Actions speak louder than words," former NHL player Joel Ward said in an interview with TSN on Friday. "I don't see what is there to hide? What’s the problem? Just make all of this information public."