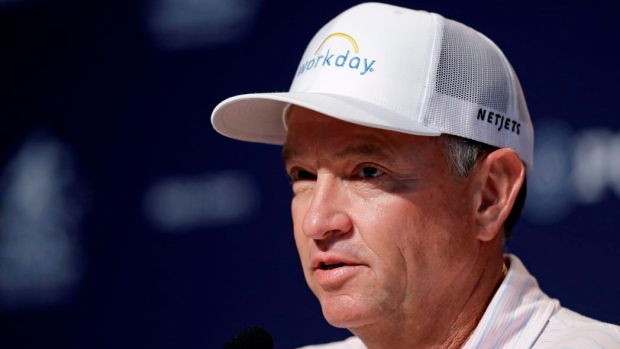 ST. SIMONS ISLAND, Ga. — The house of Hall of Fame golfer Davis Love III was destroyed by fire early Friday morning in a blaze that could not be controlled, even with 16 firefighters arriving within minutes, the fire chief said.

No one from Love's family was injured.

“While everyone in our family is saddened at the loss of our home that was filled with so much laughter and incredible memories, we're very blessed that everyone is safe and unharmed,” Love said in a statement.

Love, a former PGA champion and two-time Ryder Cup captain, is one of the most prominent figures at Sea Island. It is part of the “Golden Isles” about 40 miles north of the Florida state line. He runs a PGA Tour event at Sea Island Golf Club, and the area is home to several PGA Tour players.

Glynn County Fire Chief R.K. Jordan says the emergency call was placed from the horse barn at Love's house at 5:18 a.m. and fire units were on the scene in five minutes.

He said the Fire Department deployed 16 firefighters for the two-story home that was fully engulfed. Jordan said the caller reported the fire started in the garage, though that's under investigation.

It was not clear who was at home when it burned down.