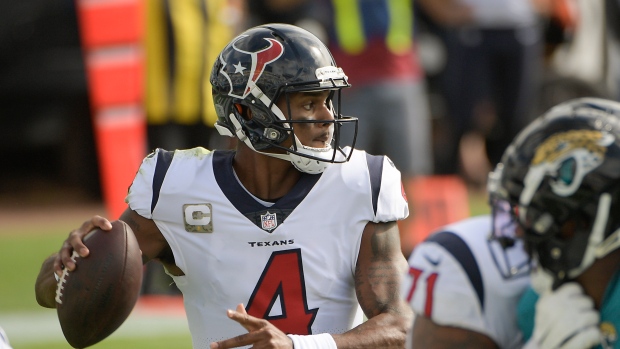 Culley added that Taylor is considered day-to-day with a hamstring injury sustained in Sunday's loss to the Cleveland Browns. Davis Mills, who entered in relief of Taylor on Sunday, will start Thursday if Taylor can't play.

Mills, a third-round pick of the Texans in this year's draft, completed eight of 18 passes against the Browns for 102 yards with one touchdown and one interception.

ESPN has previously reported that the Texans do not plan to play Watson at all this season, though they could be open to trading the quarterback. There are ongoing investigations by the FBI, Houston Police Department and NFL into Watson, who faces 22 active civil lawsuits with allegations of sexual assault and inappropriate behavior.

Watson and his lawyers have denied the accusations, and no charges have been filed.

The Texans are 1-1 to start the season following Sunday's loss.