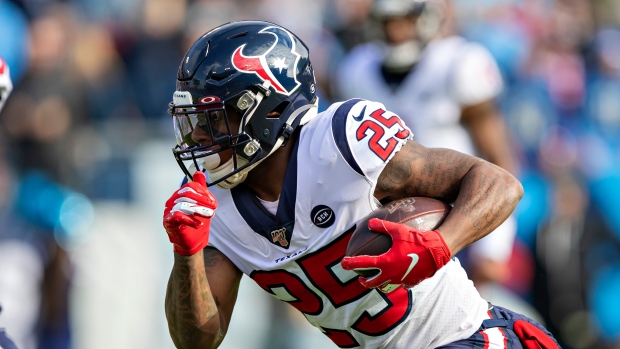 Martin spent his entire career with the Texans after being drafted in the second round in 2016. He missed his rookie season after sustaining an ankle injury which required surgery before starting 14 games in 2017. He started every game in each of the past three seasons.

Johnson has been with the Texans for the past two years and ran for 235 yards with a touchdown last season. He spent his first four NFL seasons with the Cleveland Browns after he was drafted in the third round in 2015.

The moves come amid a time of upheaval for the Texans, who released three-time Defensive Player of the Year J.J. Watt earlier this month and are dealing with a trade request by star quarterback Deshaun Watson.