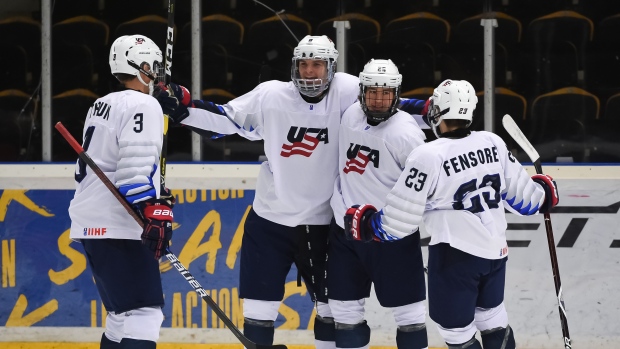 ORNSKOLDSVIK, Sweden — Jack Hughes had a goal and two assists Sunday to set a new tournament scoring record as the United States defeated Canada 5-2 in the bronze-medal game of the 2019 under-18 men's hockey championship.

Hughes is NHL Central Scouting's top North American prospect heading into the 2019 NHL draft, where the New Jersey Devils will have the first overall pick.

Dylan Cozens and Nathan Legare scored for Canada, which hasn't won gold at the tournament since 2013.

Spencer Knight made 21 stops for the U.S.