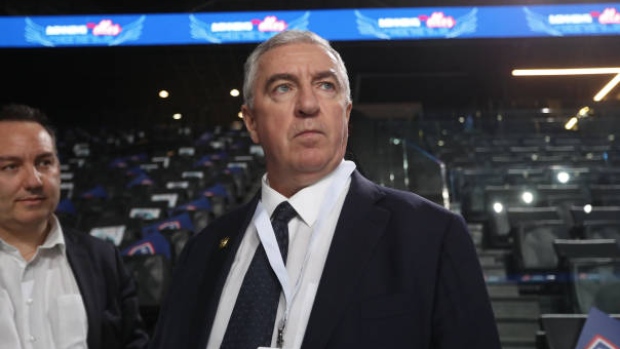 The International Ice Hockey Federation erased the possibility on Thursday of any active NHL player participating in the 2022 Beijing Winter Olympics.

Not that it was in doubt, but the IIHF here announces that NHL players won't be accepted in the Olympic tournament now that the NHL/NHLPA have pulled out. So for any NHLer who might have been willing to risk going, the IIHF says it can't happen.
Which was also the case in 2018 https://t.co/72LseK6kEm

The federation announced that any NHL player will not be accepted into next month's Olympics, meaning individual NHLers will not be able to attend the Games on their own accord. TSN Hockey Insider Pierre LeBrun notes this was the case at the 2018 Games in PyeongChang after it was determined the NHL and NHLPA would not release players for the Olympics four years ago in South Korea.

“The cooperation between the IIHF, NHL, NHLPA and the IOC is vital to the continued success and development of ice hockey globally,” said IIHF president Luc Tardif in a news release.

“Any action taken by any stakeholder which jeopardizes this cooperation will not be tolerated. Therefore, as it has been determined last month by the NHL Players’ Association and the NHL not to participate in Beijing, the IIHF will not assent to NHL players participating in the 2022 Olympic Winter Games in direct breach of their current playing contract with their NHL club. Respecting player contracts is a fundamental principle of the IIHF International Transfer Regulations.”

Click here to read the full news release from the IIHF.

Last month, it was decided between the NHL Players' Association and league that NHL players would not attend the 2022 Games because of a surge in COVID-19 cases and multitude of postponed games. Both sides had originally negotiated Olympic participation in Beijing in their latest collective bargaining agreement but now say the focus is on sending players to the Milano Cortina Games in 2026.

NHL players last participated in the Olympics at Sochi in 2014 with Canada taking home the title against Sweden in the gold-medal game.