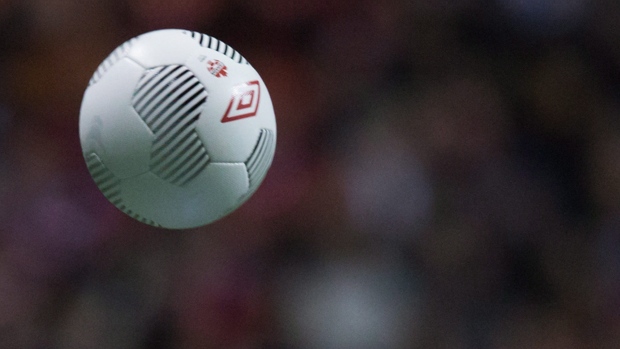 CHESTER, Pa. — Ilsinho had two goals and an assist to spark a second-half rally and the Eastern Conference-leading Philadelphia Union beat the New York Red Bulls 3-2 on Saturday night.

The Union (9-4-4) trailed by two goals when Ilsinho entered as a substitute in the 53rd minute.

In the 60th minute, Ilsinho drove up the right side and swung a pass back to Jamiro Monteiro, who scored into the left corner. The Union tied it at 2-all a minute later when Ilsinho split a pair of defenders and punched home a right-footed shot.

The Red Bulls' Sean Nealis conceded a penalty for a hand ball in the area in the 70th minute.

Luis Robles set the franchise career saves mark for the Red Bulls (7-6-3) by blocking Monteiro's attempt on the penalty kick, but the Union took the lead for good on Ilsinho's putback.

Romero "Kaku" Gamarra opened the scoring for New York in the 29th minute. Brian White made it 2-0 with a chip shot in the 42nd minute.

SAN JOSE, Calif. (AP) — Francis Atuahene scored less than a minute after entering as a substitute in his MLS debut and FC Dallas held on for a draw with San Jose.

Atuahene entered as a substitute in the 64th minute and made it 2-all for FC Dallas (6-6-4) early in the 65th with a right-footed shot.

After trailing at the break, the Earthquakes (5-6-4) rallied with two goals in the first 10 minutes of the second half. Chris Wondolowski finished Magnus Eriksson's cross in the 46th minute for his eighth goal in four games. Eriksson made it 2-1 in the 54th with a left-footed shot that slipped past the goalkeeper.

In the 27th minute, San Jose goalkeeper Daniel Vega misplayed a soft-rolling back pass between his legs to score an own goal that gave FC Dallas the first-half lead.

Kamara headed a corner by Jack Price into the left corner.

Colorado (4-9-3) is unbeaten in its last five, winning four in that span after opening the season with the worst 11-game start in MLS history at 0-9-2.