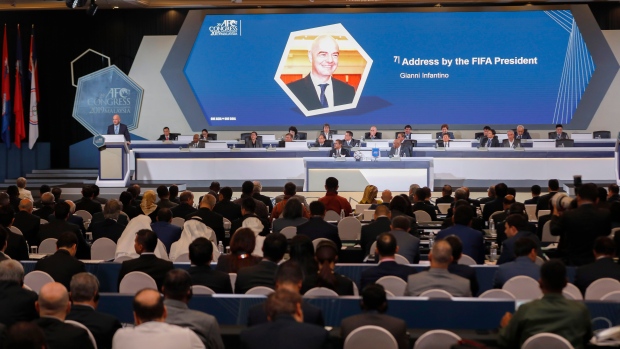 KUALA LUMPUR, Malaysia — India is set to host another international tournament in women’s soccer as the game seeks to develop in the cricket-loving nation of 1.3 billion people.

The Asian Football Confederation said Wednesday its women’s committee recommended India as host for the 2022 Women's Asian Cup over rival bids from Taiwan and Uzbekistan.

“India offers the best opportunities to build the event commercially as well as increasing the value, and India is also committed to developing the women’s game in the country,” said Mahfuza Akhter Kiron, the AFC’s women delegate on FIFA’s ruling council.

The plan involves using two venues, including the D. Y. Patil Stadium in Navi Mumbai that will host the final of FIFA’s Women’s Under-17 World Cup in November.

A 12-team tournament is planned, adding four teams to the format of the 2018 edition hosted by Jordan and won by Japan.

The AFC said it wants the tournament to kick off in October and finish before the men's 2022 World Cup starts in Qatar on Nov. 21.

It will be the Asian qualifying event for the 2023 Women's World Cup.