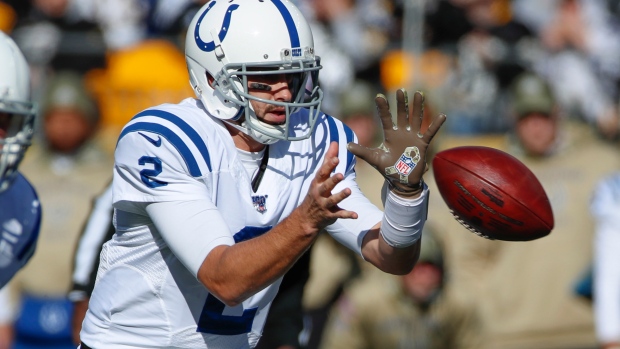 The Indianapolis Colts will be without quarterback Jacoby Brissett Sunday against the Miami Dolphins.

The team announced Saturday Brissett has been downgraded to out for their Week 10 meeting with the Dolphins.

Brissett suffered a sprained MCL in the team's loss to the Pittsburgh Steelers. The injury isn't expected to keep Brissett out much longer than this week, according to multiple reports.

Brian Hoyer, who took over for Brissett against the Steelers last week, is expected to start for the Colts against the Dolphins Sunday.

Brissett, who was expected to be the Colts' backup before Andrew Luck retired ahead of the season, has led the Colts to a 5-3 record this season, throwing for 1,649 yards, 14 touchdowns, and three interceptions.