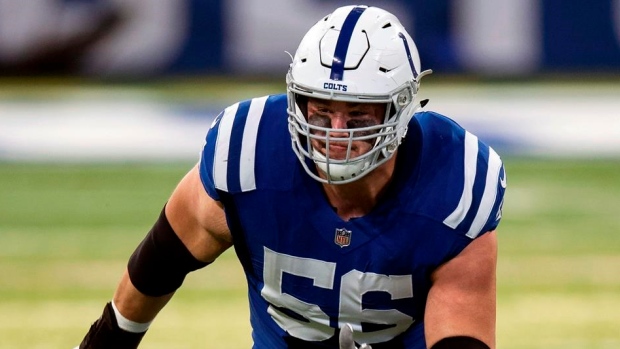 Dr. David Porter is scheduled to perform the surgery on Nelson on Tuesday afternoon in Indianapolis. Porter performed surgery on Wentz's left foot on Monday.

"Where Carson's was an old [high school football] injury that cropped up, Q's was not an old injury," Reich said. "Q's was a developmental anomaly. Something he was kind of born with, something always there, you never know and all of a sudden there it is. They got there different ways, but essentially the same thing. Can't make that up, right?"

The recovery timelines for Nelson and Wentz are wide because players recover at different ranges, Reich said. The team hopes to have a better understanding on their returns once the rehabilitation process begins after two to four weeks. The first two weeks after surgery will be mainly rest.

The Colts' first five games of the regular season are against teams -- the Seahawks, Rams, Titans, Dolphins and Ravens -- that went a combined 54-26 last season, with four of them making the playoffs.

Losing Nelson adds to offensive line problems the Colts currently have. They're already without Pro Bowl center Ryan Kelly for a couple of weeks due to an elbow injury. Left tackle Eric Fisher is still rehabilitating from a torn Achilles. Linebacker Darius Leonard (ankle) and cornerback Xavier Rhodes (COVID-19) are also out.

Nelson, the Colts' first-round selection (sixth overall) in the 2018 draft, has started all 48 regular-season games and three postseason games at left guard while also playing 98.7% of the team's snaps in his career. He has been voted an All-Pro in all three seasons -- the first offensive lineman and the fifth player since the 1970 merger to be so honored. The others were Barry Sanders, Keith Jackson, Lawrence Taylor and Earl Campbell.

Nelson had a pass block win rate of 95.5% last season, which was third best among all NFL guards, according to ESPN Stats & Information data.

"This is a great opportunity for our guys, for us to build depth on our team," Reich said.